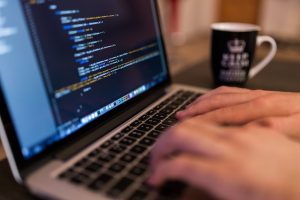 What are Device Drivers?

If you’re wondering what are device drivers?, this article is for you. Device drivers are software instructions that allow a computer device to communicate with the computer. These instructions come in the form of software. For example, when you buy a new printer, the printer comes with a CD containing installation software. This software contains all of the necessary files for your printer to work with your computer. After you install the software, your computer will recognize the printer and know exactly how to communicate with it.

What are Device Drivers that Windows Automatically Loads?

Some devices no longer come with installation CDs and rely on Windows to automatically recognize the device and use a pre-installed driver for the device. These devices are known as “Plug and Play” devices. Simply plug the device in and it’s immediately recognized by Windows. This doesn’t happen by magic. Rather, Microsoft works with hardware manufacturers and includes approved device drivers in its vast database. Some of these drivers come preinstalled on your computer while others are downloaded through periodic Windows Updates. Since they are already installed on your system, you do not need an installation CD.

What are Device Drivers’ Updates?

Thanks to the ease of Plug and Play devices, most computer users can handle basic device installations. If the installation goes well and the device works as intended, that’s usually the end of the story. However, computers and hardware don’t always get along as planned. Conflicts may be present, bugs in the program may interfere with operations, or a Windows Update may cause a device to stop working. These are but a few of the potential problems that could affect the device. Manufacturers are well aware of conflicts, bugs, and other problems and work continuously to address problems. They issue fixes to known problems, and occasionally new features, in the form of updated device drivers.

When to Update Drivers

Because your Windows operating system may have an older version of your hardware device’s drivers installed, or because the CD that came with the device may be out of date, it’s smart to check for updated device drivers immediately after installing the device. This ensures that your computer has the latest fixes and enhancements, thus solving potential problems before they appear. It is also smart to update the drivers periodically for this same reason.

Now that the “what are device drivers?” question has been answered, let’s explore how to update them. In some cases, Windows will do this for you through the Windows Update process. However, this is only for specific pieces of hardware from manufacturers who have supplied Microsoft with the updated drivers. You may need to search for fresh drivers individually by either launching the hardware’s management console (if available) and using its “update” feature (if available) or by going directly to the manufacturer’s website and searching for updates there.

It’s vital to specify your exact hardware model and operating system version because driver software is written specifically for each device and operating system. You’ll usually receive a self-executing file that installs automatically once downloaded. Always reboot your computer after updating.

Articles, images and product descriptions are protected by Copyright.